The act of photography 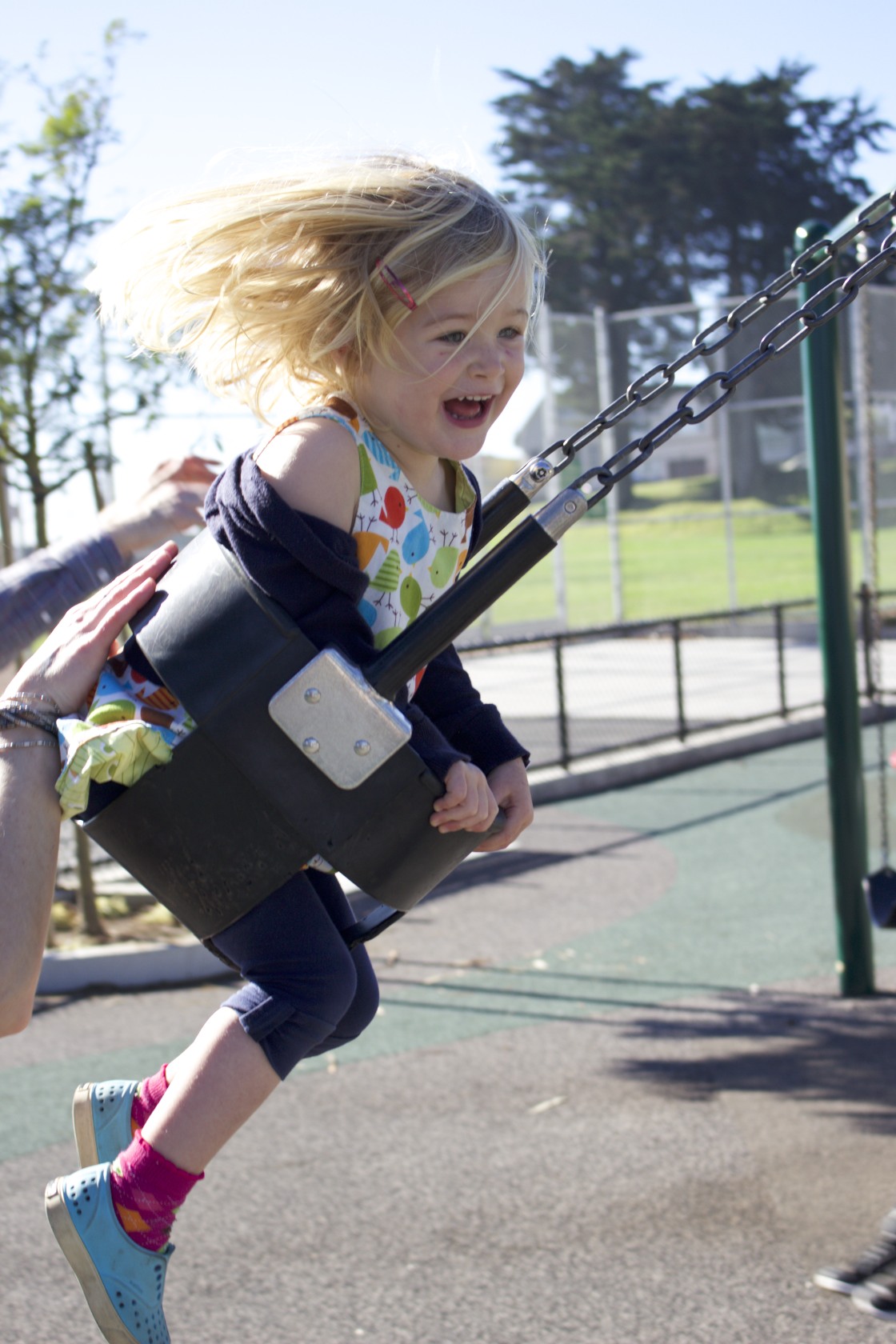 Craig Mod’s newyorker.com piece, “Goodbye, Cameras”, proposes that smartphone cameras have already all but replaced stand-alone cameras, and that DSLRs and even the more modern mirrorless interchangeable-lens cameras are merely “a stopgap” between 20th-century film and “networked lenses”.

Mod prefaces his thoughts with a journey through the equipment from his past, including his Nikon with 50 mm prime lens using Velvia slide film (“gorgeous, otherworldly images”) and a medium-format Hasselblad (“beautifully machined, with solid, precisely interlocking pieces”). On the transition from film to digital, and the subsequent compression of the creative process, he comments, “As anyone working in a creative field knows, the perspective gained by spending time away from work is invaluable.” In 2009, he was thrilled with a Panasonic GF1, but eventually he replaced it with an updated model, the GX1. And now, looking at the images from a recent six-day hike, he notes, “it was difficult to distinguish the GX1’s photos from the iPhone 5’s.” More importantly, the GX1 isn’t connected:

One of the great joys of that walk was the ability to immediately share with family and friends the images as they were captured in the mountains: the golden, early-morning light as it filtered through the cedar forest; a sudden valley vista after a long, upward climb.

Sharing photos with family and friends certainly is a “great joy”, and some of my favorite recent inventions in the realm of photography are those that make that process effortless and delightful. Apple’s shared photo streams seem practically invented for new parents, while Instagram has single-handedly defined an entire photographic language and style (square format, color-saturated) making it the Velvia of the 21st century. Moreover, the iPhone 5 (and in particular the 5S) do indeed take terrific photos. As many others have pointed out, point-and-shoot cameras now offer very few general advantages (zoom lenses, more control) and the glaring disadvantage of being a thing you have to carry in addition to the phone you already have. The newest cameras have started to feature connectivity, but one can’t help think it’s too little, too late, not least because even a camera with Wi-Fi is hobbled compared to a phone that can share a photo you just took from anywhere to anyone immediately.

Being able to “immediately share with family and friends” is one of the defining activities of this age, isn’t it? Never have more photos been shared and viewed instead of piling up in a box or collecting dust in an album on a shelf. Having your friends or even strangers respond to the moments you’ve captured is intensely gratifying. There’s an addictive quality to it too, a sort of release with each “like”, each reply, each ★, and I feel a frisson from the still-futuristic ability to beam images across the world, building a shared experience without regard for proximity. I imagine eventually this will all seem terribly routine, in the way that capturing a photo itself was a laborious, technical and seemingly magical process at the dawn of photography but now seems entirely unremarkable.

Nestled in the many replies on Twitter was a link to a two-year-old piece by CJ Chilvers entitled “A Lesser Photographer — A Manifesto”. In it, Chilvers calls out gear fetishists, including his former self:

This was ridiculous. Four photographers, in the most beautiful of settings, had chosen to discuss gear instead of taking a single photo. Our love of gear had superseded our love of the image.

“The real show is outside the viewfinder,” he adds, while offering up some advice. Worse cameras have more constraints, and constraints are the thing on which artists thrive. Spend money on a plane ticket to an exciting place instead of on fancier gear. Concentrate on telling a story with your image instead of post-processing to make something shallow but pretty. These ideas relate to Mod’s piece mostly in repeating the mantra that a photographer’s tools are much less important than every budding college student or aspiring “prosumer” would like to believe, and that the ability to tell a story and share it with others are really the things that bring joy to most photographers.

Both Mod and Chilvers respect constraints, but constraints aren’t just about the size of your camera’s sensor or the length of its lens. The iPhone has a fixed lens, but it also lets you edit, filter, crop and publish. Or to put it another way, a lack of editing tools and a lack of connectivity are also constraints, and to return to what Mod himself noted (somewhat ironically), “the perspective gained by spending time away from work is invaluable”. How often do people return to smartphone photos later? I am extremely unlikely to share photos taken on a phone if I don’t do it right away, and the amount I might play with such a photo is quite limited — essentially whatever is on the Instagram workbench. Mod also lauds the metadata that the networked lens affords, but surely the Snowdon files have taught us that attaching every last detail to every recorded moment risks losing control over our own privacy. How long before our cameras pop up ads based on the location of the photo we just took? And ads for the people whose faces were automatically detected? I don’t think it’s paranoid to wonder whether an image that really is just color and light and nothing else is sometimes exactly enough. The photojournalist shooting a controversial event might not want her identity tagged on every image.

Sometimes I want the camera I’m using to be magical and just do the right thing. Other times, I want it to get out of my way, and allow me the freedom to make creative decisions and make mistakes. Ever tried to capture a fast-moving object on a phone camera? Ever taken a photo on a camera with the wrong setting and ended up with something better than you expected? Remember double exposures? I still want to take part in the traditional tradeoff decision of photography: how much light is there, and do I care more about depth of field or about shutter speed?

There have been moments where I’ve taken a photo on my fancy DSLR, and then taken another similar photo with my phone so I could share it right away. If this is how you feel about every photo, then you probably should just concentrate on your phone. But not every image is worth sharing immediately, and the kind of sharing a phone encourages goes hand-in-hand with a certain kind of consumption: small, rapid, ephemeral. Some very fine photos deserve more time and space than a tweet. Sometimes an image is more powerful in retrospect rather than in the moment. Sometimes a series of photos tell a story that a single one alone cannot. (And if you’re really sitting there on your hike through the woods, collecting a set of images to share immediately, then you may have lost your sense of perspective!) Some photos are souvenirs of personal moments, and don’t want to be shared at all. Some photos reveal their worth only on a large screen or in a large frame — the reflection in a pair of glasses, or the subtle shadow in the background. If we only ever shoot, edit, share and consume on a small screen, we will all have but a very small view on our world.

It seems obvious that the great majority of photos yet to be taken in the world will be taken on something like a smartphone. But just as people didn’t stop playing real instruments when synthesizers were invented (except in the 1980s, but eventually we came to our senses) it seems a bit rich to suppose that nobody needs a camera fancier or less connected than their phone. I am interested to see how things evolve — perhaps the future is something more literally like a networked lens, and less like an hommage to mid-century modernism. Unlike Mod though, I don’t accept that just because “today we mainly view photos on networked screens” that means we should accept a new set of constraints (tiny, fixed lenses and tiny viewing portals) just to avoid an old set (no connectivity and no metadata). “Today we mainly view photos on small 4x6ʺ pieces of glossy paper” would have been a perfectly rational excuse for why Mod shouldn’t have wasted his time with Velvia slide film in 2000, but that doesn’t mean it actually was a waste. Rather, his personal history of cameras suggests more that he thrives on adapting to new constraints over time, and that he will tire of the iPhone-specific ones at the same speed as any previous camera — in a few years.